Head-Royce School has caused major parking problems in the neighborhood, especially during school and after hours non-school events. Head-Royce pays for resident parking permits on certain streets; however, the permits can only be enforced up to 6 PM Monday through Friday.  Many extra-curricular and outside events take place after hours and on weekends, which continues to cause congestion in the neighborhood. Non-school participants frequently do not honor HRS recommendations or basic traffic and pedestrian laws.  This results in unsafe conditions for students, visitors and neighbors alike. Although HRS provides monitors during some events, participants have shown little willingness to use HRS-provided parking, which at best is extremely limited. Weekday school pickup sees cars parked, sometimes illegally, on both sides of Lincoln Avenue as far down as Tiffin. The lack of HRS-provided parking pushes it out onto residential streets, creating dangerous congestion and unsafe conditions for students, pedestrians and other drivers on Lincoln Avenue.

Head Royce has attempted with its "Traffic Management Plan" to mitigate traffic impact, but traffic and parking problems persist, including:

The traffic congestion caused by Head-Royce School's use of public streets for private school operations is very difficult for students, staff, parents and the neighborhood. 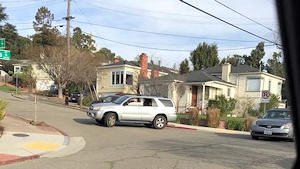