The majority of Head-Royce students do not walk to school, but arrive and depart in individual cars, chartered buses and AC Transit buses. Each day, nearly a thousand people in vehicles funnel bumper-to-bumper to the entrance of the school. Often impassable traffic congestion develops on both sides of Lincoln Avenue and extends uphill to Highway 13 and downhill past Tiffin Road toward MacArthur Boulevard. Large buses block part of the lanes in both directions, forcing cars to cross the double yellow line into oncoming traffic to get around them. The increased use of ride sharing services such as Uber and Lyft by students, faculty and staff adds to the traffic woes. Disrespectful and dangerous behavior by school related drivers is common. 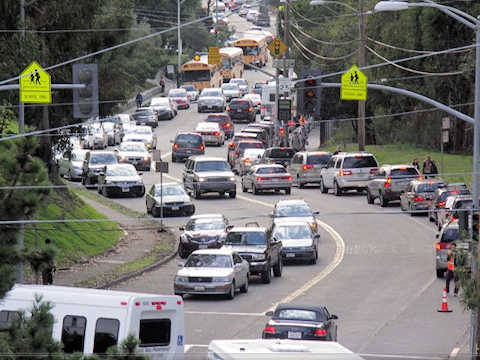 On Lincoln Avenue during Head Royce School student pick-up and drop-off, buses and drivers wait at both curbs for students 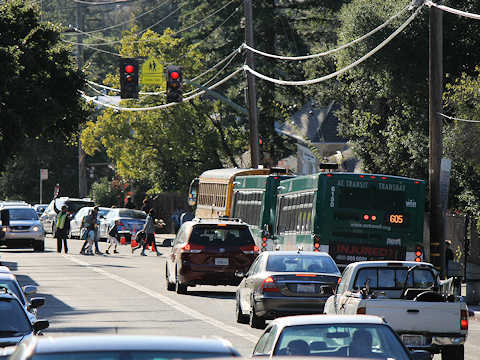 Despite opportunities over the years to include drop-off and pick-up areas for students as part of the design and construction of new school facilities, Head-Royce has continued to spread its growing traffic problems further onto neighborhood streets. Because drivers headed down Lincoln Avenue to drop off students cannot make a U-turn at the school entrance to go back uphill to Highway 13, Head-Royce has mandated that drivers take a prescribed route through narrow neighborhood streets. Charter buses and large AC Transit Transbay buses that do not fit around corners easily on these residential streets also use this HRS-mandated route and other neighborhood streets to change direction. Residents of more than 250 homes situated on the route endure noise, speeding drivers, and confrontations with drivers on the narrow neighborhood streets. Disrespectful and dangerous behavior on the part of school traffic is common. 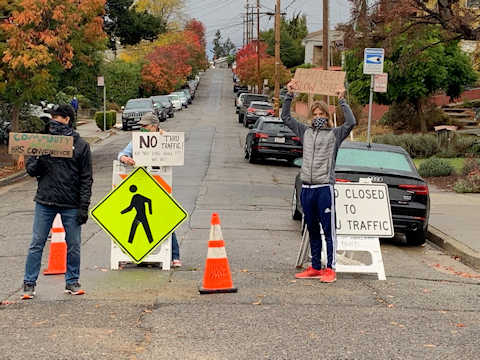 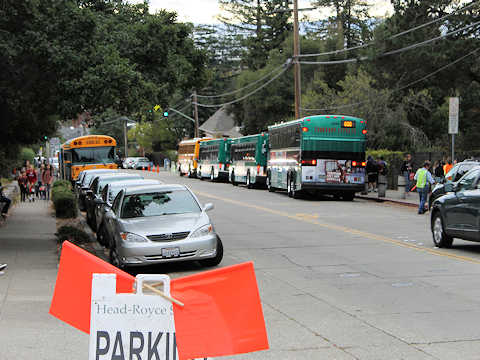 Column
Head-Royce School has caused major parking problems in the neighborhood, especially during school and after hours non-school events. Head-Royce pays for resident parking permits on certain streets; however, the permits can only be enforced up to 6 PM Monday through Friday.  Many extra-curricular and outside events take place after hours and on weekends, which continues to cause congestion in the neighborhood. Non-school participants frequently do not honor HRS recommendations or basic traffic and pedestrian laws.  This results in unsafe conditions for students, visitors and neighbors alike. Although HRS provides monitors during some events, participants have shown little willingness to use HRS-provided parking, which at best is extremely limited. Weekday school pickup sees cars parked, sometimes illegally, on both sides of Lincoln Avenue as far down as Tiffin. The lack of HRS-provided parking pushes it out onto residential streets, creating dangerous congestion and unsafe conditions for students, pedestrians and other drivers on Lincoln Avenue.

Head Royce has attempted with its "Traffic Management Plan" to mitigate traffic impact, but traffic and parking problems persist, including:

The traffic congestion caused by Head-Royce School's use of public streets for private school operations is very difficult for students, staff, parents and the neighborhood.
Column 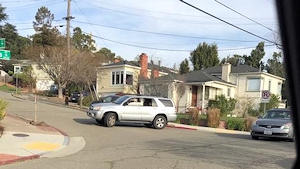 Illegal U-turns are an everyday occurrence.